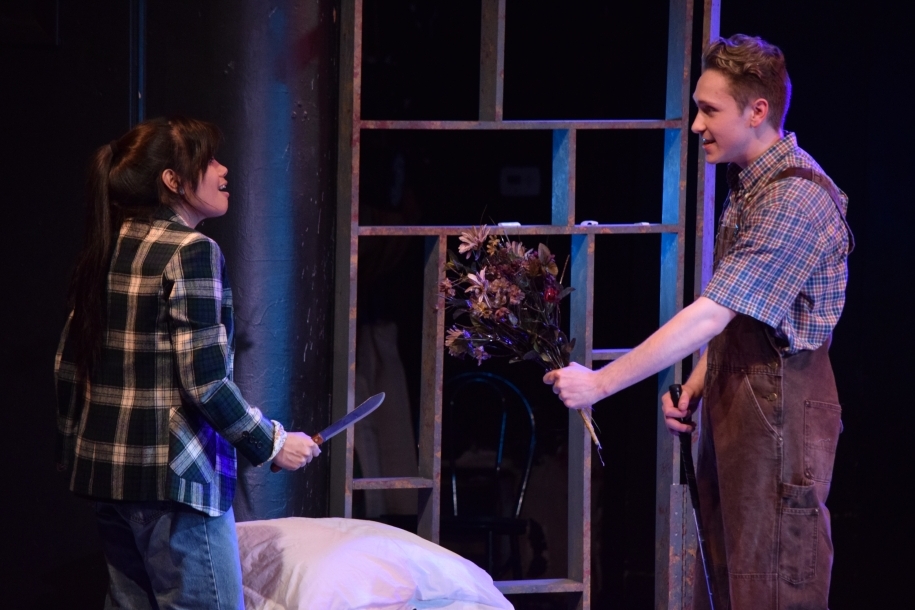 Winner of the 1993 Obie Award, Marisol is an apocalyptic urban fantasy which urges society to “wake up” and somehow find a way to recover the long-lost, much-needed compassion for our fellow man, as this is the only way to save our world.  The Village Voice has hailed Rivera’s play as “... angry, fearsome, fantastic, and poetically frenzied, without surrendering either its sanity or its mordant sense of humor…” and BackStage Magazine has said, “… Rivera’s dialogue is poetically powerful…”

Directed by Associate Professor of Theatre Arts Stephen Davis, the cast and creative team of Marisol is comprised entirely of Centenary University students. Davis also serves as the Program Director for Centenary Stage Company’s Shakesperience: NJ and is a proud member of Actors’ Equity Association. Davis holds a BFA in acting from The Theatre School at DePaul University, as well as an MFA in directing from USC, where he received the Two Thumbs Up Teaching Award for making a difference in the lives of students with learning disabilities.

While at Centenary, Davis has been honored with both the 2014 – 2015 Distinguished Teacher of the Year Award and the 2010 – 2011 United Methodist Exemplary Teaching Award. He teaches classes to all ages in Shakespeare, stage combat, theatrical makeup, acting, directing, playwriting, video production and movement for the theatre.

Two of Marisol’s cast members, Maxinne Spann and Sydney Fucito, are using this production as their thesis assignment, a requirement towards the completion of their BA in theatre arts at Centenary University. “Marisol has been with me since my freshman year, as it was part of my scene study class. To be able to be part of the play as a whole has changed my day-to-day outlook, how I view the world and how I see theatre as part of a greater reflection of society.” After the show closes Monday evening, Spann and Fucitio will begin the writing portion of their thesis, which will reflect the journey from rehearsal process through the completion of the run of the production.

The 2019-2020 season of performing arts events at the Centenary Stage Company is made possible through the generous support of the Geraldine R. Dodge Foundation, the NJ State Council on the Arts, the Shubert Foundation, the Blanche and Irving Laurie Foundation, the Sandra Kupperman Foundation, Zonta Morristown Chapter and CSC corporate sponsors, including Season Sponsor The House of the Good Shepherd, Heath Village Retirement Community, Silver Sponsors Hackettstown Medical Center with Atlantic Health System, Home Instead Senior Care (Washington), and Fulton Bank, and Centenary Stage Company members and supporters.

Winner of the 1993 Obie Award, this apocalyptic urban fantasy by Jose Rivera  urges society to "wake up" and somehow find a way to recover the long-lost and much-needed compassion for our fellow man, as this is the only way to save our world. A NEXTstage Repertory production held in The Little Theatre.