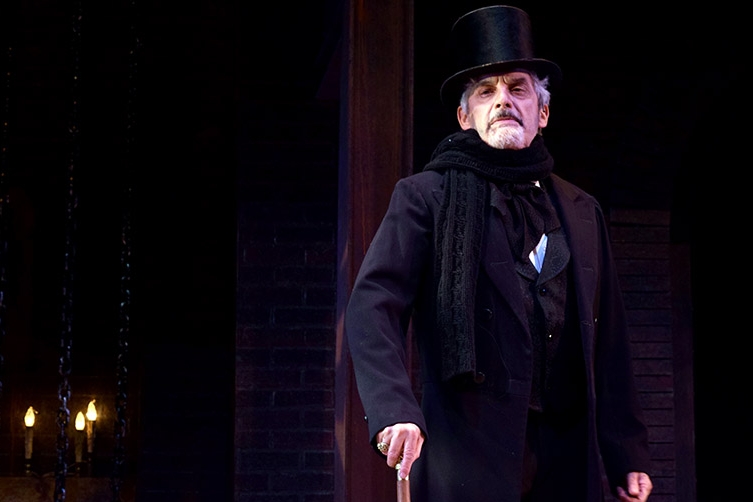 Performances will take place November 26 through December 12 in the Sitnik Theatre of the Lackland Performing Arts Center at 715 Grand Avenue, Hackettstown, NJ on the campus of Centenary University. Tickets range from $25.00 - 29.50 for adults with discounts available for seniors, students, and children 12 and younger. If you are unable to attend in-person, a live stream is also available for December 5 at 2 p.m. for $10.00. For more information, go to centenarystageco.org or call Centenary Stage Company’s box office at (908) 979-0900.

This adaptation of A Christmas Carol by Stephen Temperley was crafted specifically for Centenary Stage Company’s Sitnik Theatre and premiered last year during the holiday season. Probably the most popular piece of fiction that Charles Dickens ever wrote, A Christmas Carol was published in 1843. Charles Dickens, through the voice of Scrooge, continues to urge us to honor Christmas in our hearts and try to keep it all year round. This adaptation is not a musical, but rather a play with musical elements.

Best known for one of the most produced plays in the US, Souvenir, Stephen Temperley’s extensive resume includes work both on and off the stage in the US and UK. Souvenir was produced on Broadway at the Lyceum Theatre and directed by Tony Award winner Vivian Matalon. Additional works of Temperley’s include Money/Mercy (Chelsea Theatre Center), That Kind of Woman (Dodger Productions), In the Country of the Free (the Mint Theatre), The Pilgrim Papers (Berkshire Theatre Festival), Songbook, Dance with Me, and A Christmas Carol, which all debuted at Centenary Stage.

As an actor, Temperley has worked extensively in regional theatres in the US as well as UK’s West End, on TV and in repertory. On Broadway, Temperley was part of the original company of Crazy for You; and off-Broadway in the Todd Rundgren musical, Up Against It, at the Public. Most recently, Stephen Temperley completed a run of his one-man show Nine Day Wonder as part of Centenary Stage Company’s 2021 Fringe Festival.

The cast of A Christmas Carol by Charles Dickens, adapted by Stephen Temperley with music composed by Kevin Lynch, consists of professional actors, Centenary University students and alumni, and Centenary Stage Company staff.

Tickets range from $25.00 – 29.50 with discounts available for seniors, students, children 12 and younger, and Thursday evening performances. The preview performance of A Christmas Carol by Stephen Temperley on Friday, November 26 at 2 p.m. will also have a special $10.00 ticket offer for Hackettstown Residents with proof of address.

Centenary Stage Company remains committed to the health and safety of our community and adheres to all requirements set forth by the State of New Jersey.  For more information regarding CSC COVID-19 policies and policy updates, visit centenarystageco.org/faq. 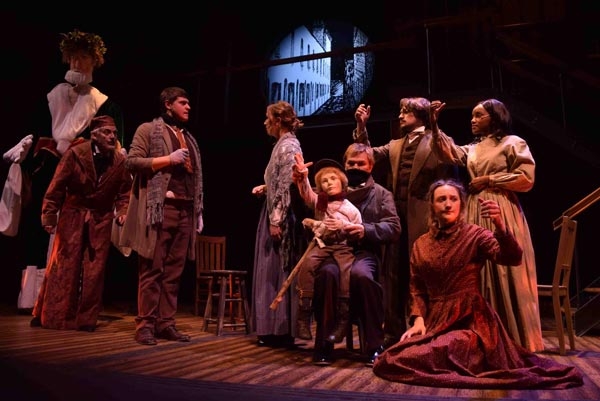 Centenary Stage Company rings in the Holiday Season with Stephen Temperley's adaptation of Charles Dickens' classic A Christmas Carol. Recapture the spirit of an old-fashioned Christmas with this timeless and ghostly Dickens classic featuring all the favorite characters—Tiny Tim and the Cratchit family, the Fezziwigs, the Ghosts of Christmas past, present and yet-to-come—and, of course, the curmudgeon, Ebenezer Scrooge. Performances run November 26 through December 12 in the Sitnik Theatre of the Lackland Performing Arts Center. Ticket prices range from $15 to $29.50 with discounts available on select performances. Livestream option available on December 5.