Home » What to Do » Arts and Culture 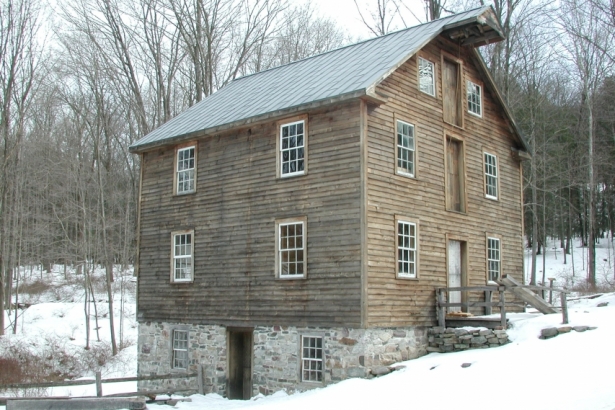 Millbrook Village is a representation of a late 19th Century rural community, rather than an exact restoration of the original Millbrook that has its origins in an 1832 grist mill that soon was surrounded by other businesses and homes. This scene represents the many villages that dotted the landscape and played a special role in the growth of our country. Here we remember a way of life led by millions of Americans until they abandoned it for the cities.

Millbrook Village is located within the Delaware Water Gap National Recreation Area, and is maintained and operated by the National Park Service and by the nonprofit Millbrook Village Society, which is dedicated to promoting learning through living history.

Special events are conducted at various times throughout the year.

From Millbrook Village: A Self Guided Tour, National Park Service:

"Local farmers who took their grain to the Abram Garris grist mill when it began operating in 1832 found that within a few years a blacksmith shop and general store had been built near the mill. Knowing that farmers frequenting the mill could use their services, other tradesmen soon opened businesses. Millbrook was born.

"From these beginnings, Millbrook grew until just after the Civil War when the village reached its peak of 19 buildings and approximately 75 residents. The townspeople supplied the needs of the farmers in the surrounding countryside. Men, women, and children alike worked long and hard in their homes and fields. What they could not grow or make themselves, they could obtain through barter at the general store or with one of the local tradesmen.

"The later half of the 19th century brought technological advances to much of the United States. Isolated by its location between the Delaware River and a ridge of mountains, Millbrook did not adapt. The old mill was not as efficient as new ones elsewhere and small farmers could not compete with specialized agriculture. The railroad bypassed Millbrook, taking business to other towns, and young people moved to cities where they earned cash wages. Tradesmen moved to communities where they could find customers. Millbrook began to decline."