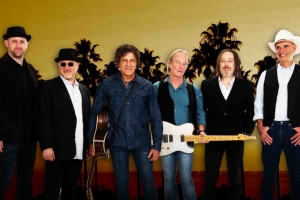 Centenary Stage Company’s January Thaw Music Festival comes to a close with Best of the Eagles. Performing the band’s greatest hits from the '70s, '80s and beyond, each member mirrors his counterpart in the Eagles instrumentally and vocally. This group of musicians expertly and authentically re-create the songs, music, and vocals of the Eagles making this is the most authentic recreation next to seeing the Eagles live.

Tickets for Best of the Eagles are $30 each and increase $5 the day of the performances. This event will also be live streamed, and links are available for $10 each.

Centenary Stage Company remains committed to the health and safety of our community and adheres to all requirements set forth by the State of New Jersey.  For more information regarding CSC COVID-19 policies and policy updates, visit centenarystageco.org/faq.